Individuals and teams tend to self-reinforce ideas and be self-referential, a principle that also affects machine learning systems (e.g. filters, baysian decision-making and cluster analysis). A common technique to avoid this is to deliberately reach out to alternative sources, team members or information auto-classified by an AI as initially irrelevant. See Diversification!

How to recognise and avoid cognitive bias. You wouldn’t be you without personal views and opinions. In order to review new possibilities it helps to clear the mind and consider new ideas on their own merits.

This article suggests it is possible to over-ride our innate biases but it is hard and usually only possible if a) you want to and b) if you recognise situations when they are occurring. So the other aspects of future proofing are important for providing motivation - a desire to be future proof and reduce anxiety? - and recognition - future proofing encourages a new mindset.

A really good article on the subject of cognitive bias from a different context than psychology - biblical studies - based on a book by Aaron Chalmers. It provides the same arguments about cognitive bias you see in another area, climate denialism, and the same ways to engage.

Note that most of the following list of classic 'biases' require engagement with both yourself (internally) and externally with "the other side" in a debate. The 'other side' might be a different group, you or your family in the future or even past decisions you regret.

On the other hand, there are biases that can work in your favour when seeking change.

There are a lot (188?) of biases! Here I have started to list how/if they pertain to how we think (or avoid thinking!) about the future.

And this BBC article provides an interesting explanation of some problems and opportunities provided by our biases.

In another sense, acknowledging your own biases could also be a chance to filter and process your IDEAs, guide knowledge collection and move on from the past. If you keep falling into the same thought patterns as before, relying on the group and your existing instincts to guide you then by definition you can't be creative. Use sources in opposition to your biases to gain material for your creativeness, diversification and actions. Escaping biases might also free you from past mistakes and regrets.

An example of how biases may keep you on the same treadmill, missing opportunities is a possibility that confirmation bias is driven by varying levels of attention. So the idea being that you attend to information that triggers your pre-existing expectations whilst ignoring that which does not - and so your outlook doesn't change and there is a much higher risk of unexpected events. Using the confirmation (cognitive) bias may help you avoid future anxiety in the short term but it leads to risk and missed opportunity.

“Stop adding new features to your product” by JX K. I like the psychology link in this article between good customer experience, business and cognitive bias. Good design, management means avoiding complexity, feature bloat… A quote:

If the costs are obvious, why is feature bloat prevalent? Poor business decisions are likely the cause: companies are not selling the way their prospects are buying, or their market research wasn’t robust enough, leading to designing the wrong features.

Cognitive biases play a large role in these poor business decisions. For instance:

​⚫ Sunk cost fallacy/escalation of commitment: Not removing an old, unused feature because a fortune had been spent on developing it.

​⚫ Endowment effect/loss aversion: Similar to the above; overvaluing a current product because of prior ownership. This leads to being too precious about features and maintaining unnecessarily

​⚫ Intervention bias: Product owners add new features to assure themselves of control, or even worse, prove their worth to stakeholders.

So can we link business decision making problems to the creativity, future-proof concept too?

Choice-editing is often suggested as a way of avoiding consumer confusion with too many options or lack of information for informed decision making. Resorting to the familiar is a strategy we all use when confronted by confusing, difficult or complicated choices as illustrated by this quote from a 2019 BBC article. If supermarkets for example made different choices for us (e.g. only providing a low number of healthy options rather than 35 unhealthy ones) we'd probably be healthier.

In early phases of human existence we faced an onslaught of daily challenges to our survival and ability to reproduce – from predators to natural disasters. Too much information can confuse our brains, leading us to inaction or poor choices that can place us in harm’s way.

As a result, our brains evolved to filter information rapidly and focus on what is most immediately essential to our survival and reproduction. We also evolved to remember both threats, so that they could be avoided in the future, and opportunities, so we could easily recall where to find sources of food and shelter.

These biological evolutions ensured our capacity to reproduce and survive by saving our brains time and energy when dealing with vast amounts of information. However, these same functions are less useful in our modern reality and cause errors in rational decision-making, known as cognitive biases. “Cognitive biases that ensured our initial survival make it difficult to address complex, long-term challenges that now threaten our existence, like climate change,” says Seyle. 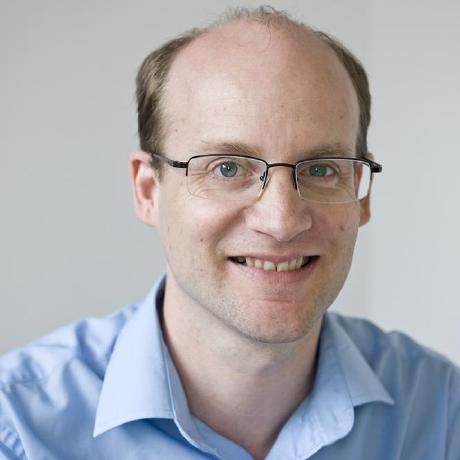